I’ve talked about cards that are never going to get prioritised and should end up in the Dead Card Cemetery.  But what about small cards that are important enough to keep in the backlog, but that keep getting deprioritised behind other things in the backlog?  I’m talking about the really tiny ones, often bugs, no more than half an hour’s worth of work. Maybe you could try an opportunity bucket. 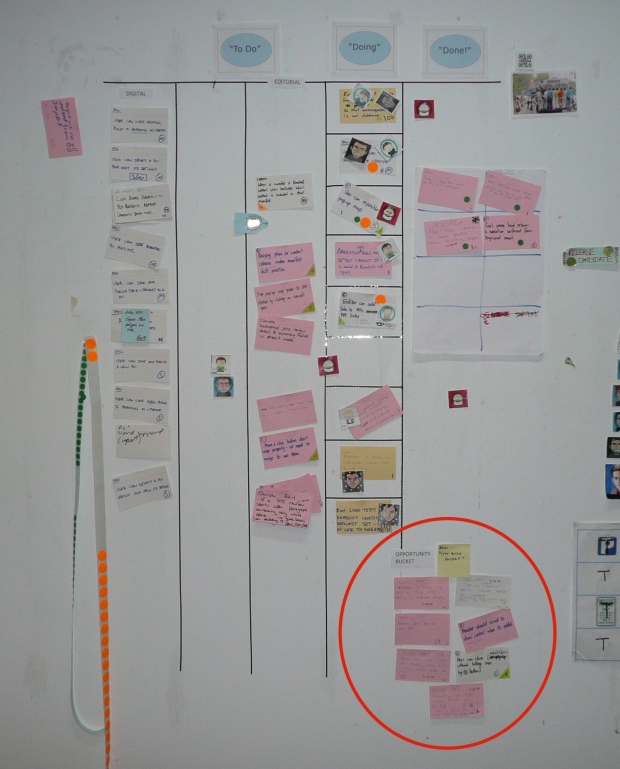 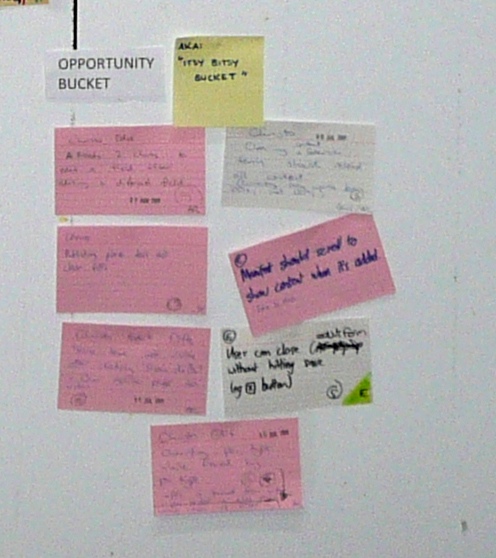 A purist might say that if a card is important enough to be worked on then it will be prioritised into the backlog.  But actually, there are always things that have too little value on their own to be prioritised.  The team I currently work with created a ‘bucket’ of these at the bottom of their board.  Cards get plucked from the bucket if it’s late in the day and not worth picking up a bigger card from the main backlog, or if they’re doing some work in that part of the code anyway and can fix something from the opportunity bucket while they’re in there.  It’s proved to be a great way to knock off tiny cards that would otherwise have languished in the backlog.

“We wanted a way to notice recurring patterns in glitches.”

This team gets through an enormous amount of work which requires many hand-offs with other departments.  When there’s a glitch in a part of the process, the team member adds a little red sticker to a card, often with an accompanying note about why there was a glitch.  If a story accumulates a few of these, we can see it’s in trouble.  Also, the little stickers are an excellent reminder for retro, where we have a chance to talk about how to address any larger issues that might be driving them, or even use “5 whys” to delve into the root cause of glitches.