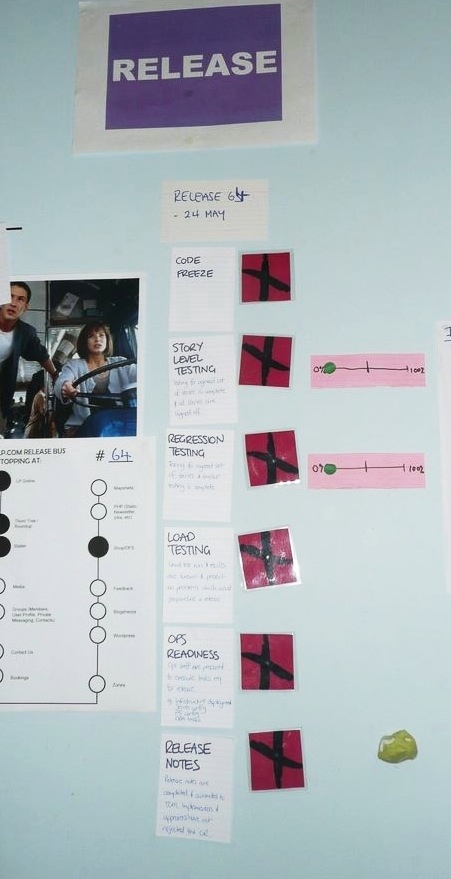 Nick says: “The first time we did this, it helped us to get our release success rate up. It was a long road, but this was one thing which helped.”

We were working on a sprawling web site made up of 22 separate applications which may or may not need to change for a particular release. The release would bring work by 2 to 4 teams to production. As we moved to biweekly releases, we needed a way to see exactly how our preparations for release were going. Is regression testing complete? Did we pass load testing?

So we decided on what our criteria were for a release to be good-to-go, and made each criterion a traffic light which could be red or green. This included a “stop the line” light which developers could turn to red at any time if they felt the release was too risky.

Each day, from three days out til release, we would stand around the release readiness traffic lights after morning standups were over and discuss the status of each light (“is that really green?”), and agree on actions to get to green.

This entry was posted on June 11, 2011, 7:16 pm and is filed under lonelyplanet.com. You can follow any responses to this entry through RSS 2.0. You can leave a response, or trackback from your own site.